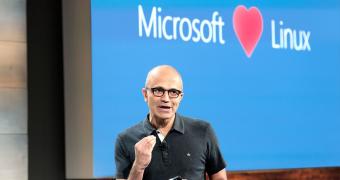 We’ve known for a while that Microsoft loves Linux, or at least that’s what the company claims on every occasion, so the software giant has been working around the clock on improving the experience with the Windows Subsystem for Linux (WSL) in the latest feature updates.

And the most recent preview build of Windows 10 comes with a massive new feature: users can now run Linux apps with their own GUI right on top of Windows 10.

Up to this point, Linux running on Windows 10 with WSL only allowed for apps to run in a command line interface, but thanks to this new app, you actually get an interface that makes Linux feel even more native on Microsoft’s operating system.

“You can use this feature to run any GUI application that might only exist in Linux, or to run your own applications or testing in a Linux environment. This could be incredibly useful for developers who want to test their cross-platform app, as they can now run it directly on Windows 10, and then easily… (