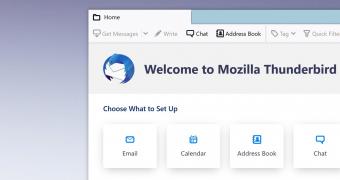 If you’re one of the many Mozilla Thunderbird users, you’d better check for updates because the parent company has just rolled out a new version of the app.

Currently one of the most popular email clients out there, Mozilla Thunderbird is getting regular updates, albeit in most of the cases, these new releases only include additional polishing and bug fixes.

Firefox 78.2.0 perfectly aligns with this approach, and the version number is the first indicator the focus in this update is on improving the performance of the app and resolving bugs here and there.

First and foremost, there’s an important mention that concerns OpenPGP, which was supposed to be enabled by default with this release. Mozilla says this change has been pushed back, with additional information to be shared at a later time.

“Originally it was announced to enable OpenPGP by default in version 78.2.0. It has been decided to slightly postpone this for final changes and testing by volunteers. See the… (