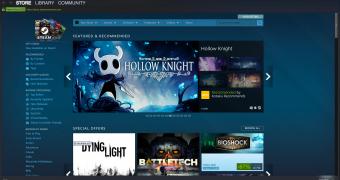 Valve developer Pierre-Loup Griffais working on Steam for Linux announced that they will drop support for the upcoming Ubuntu 19.10 release, as well as future Ubuntu Linux releases.

Valve’s harsh announcement comes just a few days after Canonical’s announcement that they will drop support for 32-bit (i386) architectures in Ubuntu 19.10 (Eoan Ermine). Pierre-Loup Griffais said on Twitter that Steam for Linux won’t be officially supported on Ubuntu 19.10, nor any future releases.

The Steam developer also added that Valve will focus their efforts on supporting other Linux-based operating systems for Steam for Linux. They will be looking for a GNU/Linux distribution that still offers support for 32-bit apps, and that they will try to minimize the breakage for Ubuntu users.