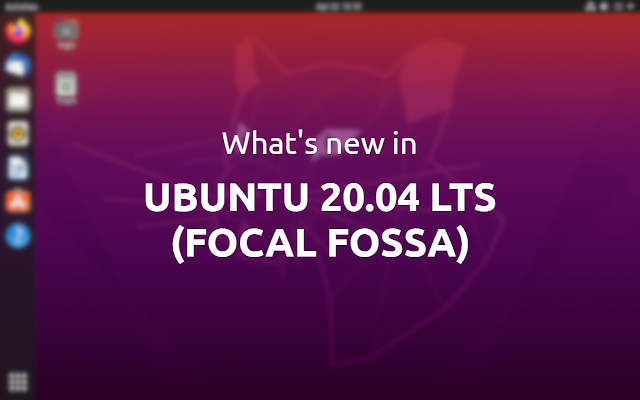 If you wanted to know what else is new with Ubuntu Server 20.04 LTS, this post is for you. We didn’t list every single change/new feature but we highlighted some of the most important changes that we think you might want to know before you upgrade.

Besides architecture support, the main user visible new features are support for automated installs and being able to install the bootloader to multiple disks (for a more resilient system).

There have been many other fixes under the hood to make using encryption easier, better support installing to multipath disks, more reliable installation onto disks that have been used in various ways and allowing failures to be reported more usefully.

QEMU was updated to 4.2 release. There is so much that it is hard to select individual improvements to highlight, here just a few:

The VMX related features can now be controlled individually instead of just vmx on/off. Due to that the VMX-subfeatures of certain CPU types might have slightly changed (matching those of the selected CPU type now instead of almost randomly depending on the underlying hardware). In general it is – and always was – recommended to use a well defined cpu type when defining a guest, this is also what almost all higher level management tools from virt-manager to openstack will do. But if you want the most generic and compatible cpu but also enable VMX please use the type kvm64 instead of qemu64 now.

People that like to work or experiment with nvdimms and persistent memory QEMU now has pmem and nvdimm support enabled in Ubuntu Focal Fossa.

NOTE: You can also check out the official Ubuntu 20.04 LTS Server guide.

QEMU now has virglrenderer enabled which allows to create a virtual 3D GPU inside QEMU virtual machines. That is inferior to GPU passthrough, but can be handy if the platform used lacks the capability for classic PCI passthrough as well as more modern mediated devices.

The graphical QEMU back-end is now based on GTK instead of SDL. That provides much better Desktop integration and is often faster.

Among many improvements worth to mention might be the features:

Ubuntu 20.04 LTS includes the latest stable release 19.11.1 of the latest LTS series 19.11.x. The very latest (non-stable) version being 20.02 was not chosen for downstream projects of DPDK (like Open vSwitch) not being compatible yet.

PHP 7.4 is a new feature update, bringing typed properties, arrow functions, weak references, and unpacking inside arrays among other things. For more information on the new features and improvements.