Hello everyone, how are you all doing today? Ever wondered who are the best Ubuntu VPS web hosts around? Well we finally have compiled a quick list for you where we will accurately rank the top 5 Ubuntu VPS web hosting companies that you can sign up for right now. The real question though is why would you even choose to have an Ubuntu Server in the first place?

Why even choose an Ubuntu VPS Server?

Simple, Ubuntu whether you might agree with it or not, IS the best Linux Distro out there in terms of support which is critical. Think about it, would you run a server on a distro with limited support? That is in our honest opinion the most positive thing about having an Ubuntu VPS server. You will always find support, if you have issues with server load, speed, CPanel, installing PHP & MySQL, you name it, hundreds of thousands of people who know Ubuntu can always help you. If you choose another Linux distro you are more likely to run into some problems that can seem minor but can cost you a lot more in the end. Example, if there is some update that has been released to fix a vulnerability, the Ubuntu community based on numbers a lone responds to those things much faster than the other Linux Distros, it’s just the way it is. You are much safer with Ubuntu because of the strong community behind you. 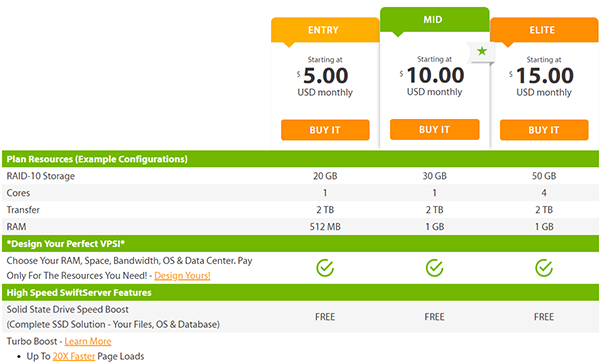 A2 Ubuntu Hosting is currently the best place to host your Ubuntu server for various reasons, below we will list a few critical reasons to why you should give this company a try especially after you check out what features they offer including super fast replies when you email them and they give you the choice to choose what Linux OS you would like to install, we assume Ubuntu. =) On top of that they also allow you to install cPanel/WHM if you choose so.

Why should choose A2 Ubuntu VPS Hosting plans? 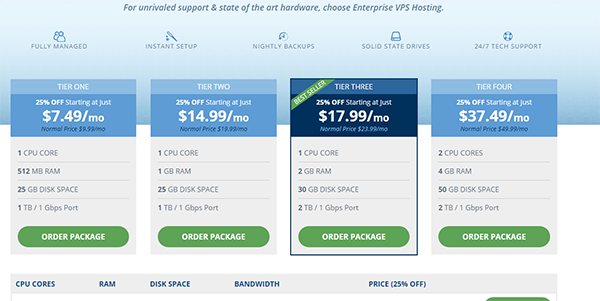 Hostwinds Linux VPS Hosting is ranked a close second our list and they could one day easily become the best when it comes to Ubuntu hosting. They have a great dedicated staff that are online to help you literally 24/7. They help you transfer your websites/data to their servers for free while also helping you run and make sure your VPS is stable with their full managed VPS plans. If you are experienced in managing your own servers, you can choose the unmanaged VPS plans as well.

Interserver Linux VPS Hosting comes in at #3 so far and don’t be surprised if they rise in our rankings soon. Interserver.net’s Hosting simply delivers when it comes to hosting your server and giving you some of the best server up-time in the hosting business. Each VPS is loaded with a control panel that allows you to instantly launch a bunch of services and other scripts on your command including WHMCS, for free. They also have one of the best support systems in the business and they have won some awards to back it up. 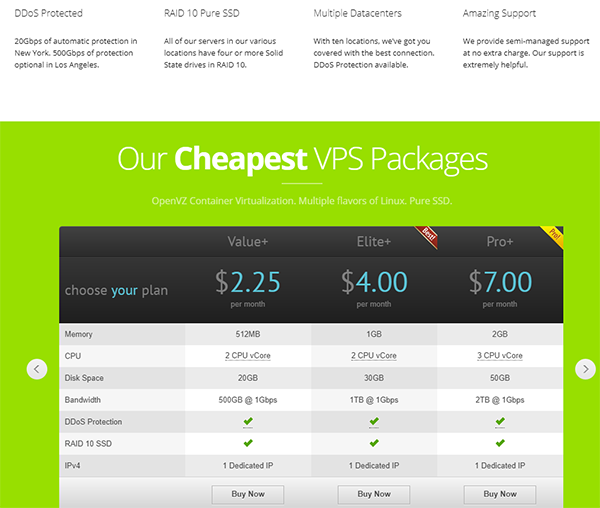 VirMach Linux VPS Hosting lands at #4 but don’t let that fool you. VirMach is a trusted and respected hosting company with positive consumers to prove it. You can argue they have the best value for quality on this entire list because their prices are not only cheap but they offer a lot of server resources on top of that. I would recommend VirMach’s VPS hosting to someone who is looking to quickly launch something right away at a cheap but fair price. 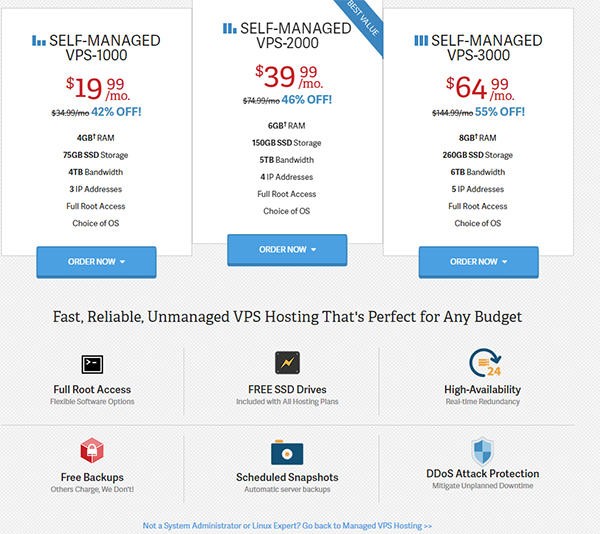 Inmotion Linux VPS Hosting comes in at the final stop landing at #5. Inmotion could be the most famous VPS host we have listed on this page and for good reason. They are highly ranked by their consumers thanks to their excellent support and high quality servers. As you can see from the screenshot above, Inmotion’s VPS packages cost a bit more than the other 4 hosts because these packages are what is known as ‘Self managed’ VPS, reserved for mostly people who know how to run and configure their own Linux servers.