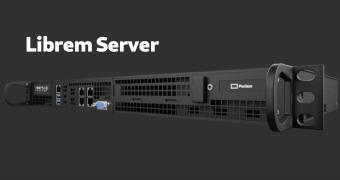 Purism, the security- and privacy-focused hardware and software manufacturer known for its Linux-based products like the Librem laptops and Librem 5 smartphone, announced today the general availability of Librem Server.

With Librem Server, Purism wants to offer enterprises and businesses of all size secure server infrastructures by not including proprietary firmware, providing easy security verification, as well as customizable enterprise support. Librem Server is built around Purism’s PureBoot technology and it was already being used during the past year by customera that support major companies like NASA, Boeing, Toyota, and GE.

“Librem Server is a project we’ve been working on for the past year at the request of many of our business customers, who want the security benefits of coreboot to work out of the box in their server infrastructure,” said Todd Weaver, CEO and founder of Purism. “With Librem Server, our customers get a solution that simply works. With Libr… (read more)