Lumina 1.2 Desktop Lets You Transform It into an Xfce, MATE, OSX or Windows UI 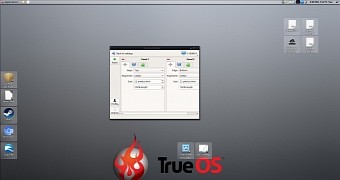 Ken Moore, the creator of the TrueOS BSD-based distribution that was formerly known as PC-BSD, kicks off 2017 with a new stable release of his lightweight Lumina desktop environment.

Primarily an enhancement release, Lumina 1.2.0 desktop environment is here a little over two months after the release of version 1.1.0, and promises to bring a whole lot of goodies, including new plugins, a brand-new utility, as well as various under-the-hood improvements that users might find useful if they use Lumina on their OS.

While focusing on minimalism, Lumina 1.2.0 is here to do some general cleanup by removing a bunch of useless things, such as the LuminaUtils library, thus resulting in faster and more reliable binaries. It also begins the deprecation of some of the external utilities, and introduces pre-defined profiles for system interface configurations.

“I have often… (read more)
Remember to like our facebook and our twitter @ubuntufree for a chance to win a free Ubuntu laptop by Dell or HP!