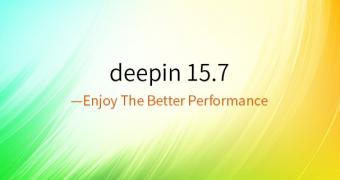 The developers of the Deepin Linux operating system have announced today the release and general availability of Deepin 15.7, a new maintenance update that brings more performance improvements and general system optimizations.

Coming just two months after the Deepin 15.6 release that introduced new Light and Dark themes, Deepin 15.7 is now available with a focus on performance. It smaller ISO size by removing unnecessary components and optimizing the core system structure, better power optimization for laptops for up to 20 percent battery life, and improved memory usage.

“Deepin 15.7 has made a series of adjustments and optimizations in memory usage. In the standard configuration, the boot memory has decreased from 1.1G to 830M, and reduced to less than 800M on a discrete graphics card,” wrote the devs in today’s announcement, where they compared the memory consumptions of … (read more)