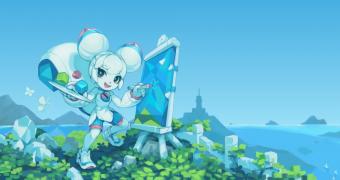 The Krita Foundation has officially released today the Krita 4.2 open-source digital painting app for all supported platforms, including GNU/Linux, macOS, and Windows, a major release that adds numerous new features and improvements.

Krita 4.2 is the second major update of the open-source and cross-platform digital painting application since the release of the massive Krita 4.0 series back in 2018. It introduces numerous new features and enhancements, among which we can mention an improved color palette docker, color gamut masking, improved selection handling, support for HDR monitors on Windows, and much-improved support for drawing tablets.

“We finally managed to bring together the code we wrote for supporting tablets on Windows (both Wintab as Windows Ink), Linux and macOS with the existing code in our development platform, Qt,” said the developers in the <a href="https://krita.org/en/krita-4-2-release-… (read more)