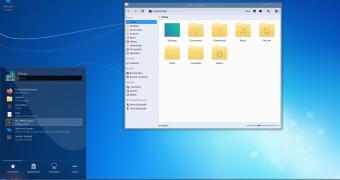 The KDE community has shared details on how they want to help people using the Windows 7 operating system to migrate to Linux and the Plasma desktop before it becomes obsolete on January 14th, 2020.

Next week, on January 14, Microsoft will no longer provide updates or security patches to Windows 7 users, which means that their beloved OS will soon start to become the target of hackers and all sort of threats if they don’t upgrade to Windows 10 or another operating system, such as macOS or a GNU/Linux distribution.

As such, the KDE community encourages Windows 7 users who don’t want to upgrade their computers to Windows 10 to give Linux a try and install a distribution that features the Plasma desktop environment, which can be easily transformed to look and behave like a Windows 7 desktop with a special theme. In addition, you’ll also take advantage of Linux’s security and stability features.

“Instead of migrating to Windows 10 and putting up with hours of updates,… (read more)