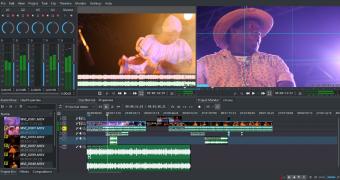 KDE Applications 19.12 introduces numerous improvements and new features to many of the included apps, such as Dolphin file manager, Kdenlive video editor, Okular document viewer, Gwenview image viewer, as well as to many of your favorite KDE apps and utilities, which are now faster and more reliable.

“All of these applications have been improved, making them faster and more stable and they boast exciting new features. The new versions of KDE applications let you be productive and creative, while at the same time making use of KDE software easy and fun,’ reads today’s announcement.