How To Setup Ubuntu File Server With Samba

On this page you will learn how to quickly and easily install your own Ubuntu Media Server so that you can share all your files with your Windows or Mac operating systems by setting up your Ubuntu as a file server.

If you simply want to simply share your read our this tutorial instead: Ubuntu folders and files on your windows.

Samba is a useful service found in most Unix and Linux system that allows you to share file and print services with another computer, particularly a Windows operating system. In Ubuntu, while the File Manager comes with a series of connection protocols to access files from a remote server, unfortunately it doesn’t turn the machine into a file server and accept connection from another PC.

Samba allows Ubuntu to be a file server and accept connections from other PC’s. In this tutorial, we will show you how to install and configure Samba so you can turn your Ubuntu PC into a file server.

What Can Samba Do?

To install, first open a terminal window and enter the following command: 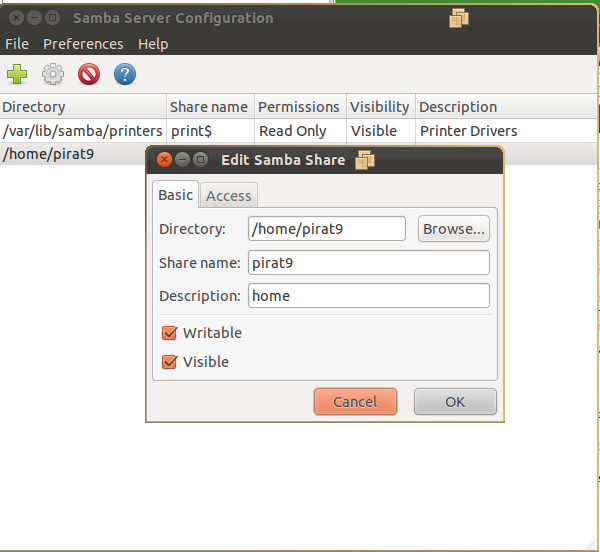 First, edit the following key/value pairs in the [global] section of /etc/samba/smb.conf:

workgroup = EXAMPLE ... security = user The security parameter is farther down in the [global] section, and is commented by default. Also, change EXAMPLE to better match your environment.

Create a new section at the bottom of the file, or uncomment one of the examples, for the directory to be shared:

Now that Samba is configured, the directory needs to be created and the permissions changed. From a terminal enter:

Finally, restart the samba services to enable the new configuration:

Note: Alternatively, you can install Samba via the Ubuntu Software Center by searching for ‘Samba’.