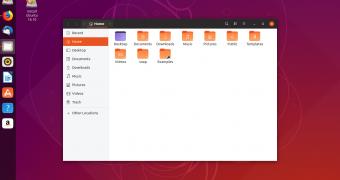 A new version of the Nautilus (Files) file manager app from the GNOME desktop environment dropped today ahead of the second point release of GNOME 3.30 with a bunch of fixes and improvements.

The GNOME 3.30 desktop environment is about to get its last scheduled point release, version 3.30.2, which should hit the streets later this month on October 24, and it looks like the Nautilus app was already updated to version 3.30.2, a bugfix release that adds quite a few improvements to the popular file manager.

According to the internal changelog, Nautilus 3.30.2 improves support for opening files stored on Google Drive accounts, improves searching by addressing various crashes, fixes the triple mouse click gesture in the pathbar to minimize the main window, as well as the “/” and “~” characters not opening the location bar.

Another interesting change included in the Nautilus 3.30.2 release is that the … (read more)