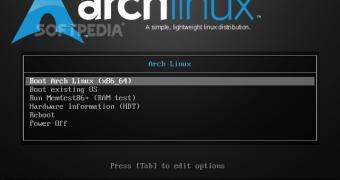 If you’re looking to install the lightweight Arch Linux operating system on your personal computer bundled with the Linux 4.17 kernel, you now can with July 2018’s ISO snapshot.

The Arch Linux 2018.07.01 ISO snapshot is now available for download, and it’s the first to ship with the latest Linux 4.17 kernel series. In fact, the ISO image is bundled with the most recent point release, Linux kernel 4.17.3, which was released on Monday.

Being a rolling release operating system, Arch Linux received the Linux 4.17 kernel treatment a while ago, which means that all existing users were able to upgrade to it without having to download a new ISO snapshot and reinstall the operating system.