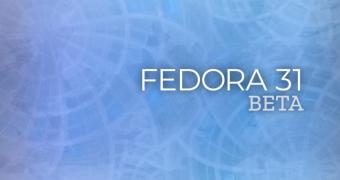 The Fedora Project has announced the general availability for public testing of the beta release of the upcoming Fedora 31 operating system.

Fedora 31 has been in development since early this summer and the beta version is now available to download for those who want to get an early taste of what’s coming in the final release later this fall. The most important change in the Fedora 31 release is the fact that there won’t be any 32-bit (i386) ISO images released, nor software repositories.

“We recognize that this means newer Fedora releases will no longer work on some older hardware, but the fact is there just hasn’t been enough contributor interest in maintaining i686, and we can provide greater benefit for the majority of our users by focusing on modern architectures,” said Matthew Miller, Fedora Project Leader.