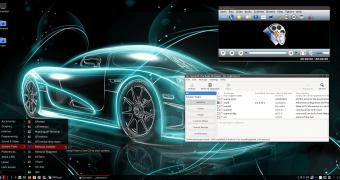 GNU/Linux developer Arne Exton has released today a new version of his Debian-based DebEX Linux distribution, which promises to bring back to life older 32-bit computers.

Based on the Debian GNU/Linux 10 “Buster” operating system series, DebEX Linux uses LXQt as default desktop environment, which is known to be very resource-friendly and efficient on older computers from 15 or 20 years ago.

The new DebEX Linux version comes with only a minimum set of packages installed in the live and installable ISO image, which makes it just under 1GB in size. Under the hood, DebEX Linux uses the latest and greatest Linux kernel, Linux 5.4.2, for out-of-the-box hardware support.

“I’ve made a new DebEX system for older computers. It uses LXQt as desktop environment. I could run and install DebEX LXQt without problems on my oldes… (read more)