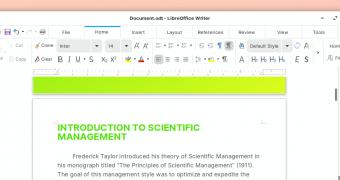 Zorin Group has just released a new version of Zorin OS, and users can download it today from the typical distribution channels.

Zorin OS 15.3 is supposed to be “an enhanced version of the most advanced and popular release ever,” so while it doesn’t bring major changes, it comes with important refinements that users would obviously love having on their devices.

First and foremost, before discussing the changes in this update, let’s have a look at some official statistics.

Zorin OS 15 has recorded more than 1.7 million downloads, and this makes it one of the most successful releases ever. And what’s more, many of these downloads came from non-Linux devices, which once again shows how appealing the Linux world has become for Windows and macOS users.

“Since the Zorin OS 15 was first launched in June 2019, it has been downloaded over 1.7 million times. Over 65% of these downloads came from proprietary platforms like Windows and macOS, reflecting our mission to bring ……