Ubuntu-Based Linux For All Distro Gets New Release Powered by Linux Kernel 5.4 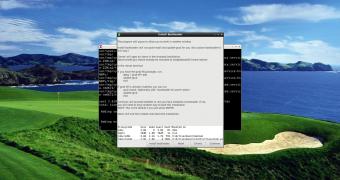 GNU/Linux developer Arne Exton released today a new version of his Ubuntu-based LFA (Linux For All) GNU/Linux distribution that brings updated components, as well as new apps and tools.

LFA (Linux For All) Build 191111 is now available to download based on Canonical’s latest Ubuntu 18.04.3 LTS (Bionic Beaver) operating system, but shipping with a much newer kernel, namely Linux 5.4 RC6. As such, LFA is one of the first distros to adopt the upcoming Linux 5.4 kernel series.

LFA (Linux For All) Build 191111 is not just an update to previous releases of the Ubuntu-based GNU/Linux distribution, but a total rebuild that now uses packages from the latest Ubuntu LTS (Long Term Support) release instead of those used in the latest Ubuntu Linux release.