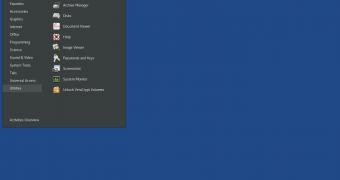 The Tails development team is currently working on the next major release of the Tails amnesic incognito live GNU/Linux system, also known by many as the Anonymous OS.

Tails 4.0 recently entered beta testing and it’s the first release to be based on the just released Debian GNU/Linux 10 “Buster” operating system series, which means that all the pre-installed packages have been updated to newer versions to support the latest hardware components, especially recent Nvidia and ATI/AMD graphics cards, as well as Mac computers.

Tails 4.0 also promises support for Thunderbolt 3 devices, which is now integrated into the latest GNOME 3 desktop environment, with which the upcoming major Tails release will ship by default. Users who own a Thunderbolt device are urged to test the implementation by navigating to Choose Devices > Thunderbolt from the GNOME Settings utility.

Furthermore, in Tails 4.0 users will be able to open persistent volumes from other Tails USB flash drives… (read more)