Run Mac OS 8 on Linux Because What Else Do You Have to Do Today? 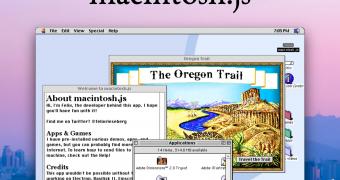 If staying home for long becomes way too boring, how about running some ancient software on your Linux PC to get a taste of the software that we used to work with back in the ‘90s?

An Electron app released by developer Felix Rieseberg allows us to install Mac OS 8 on pretty much any Windows, Linux, or Mac computer, and the GitHub page of the project guarantees you’re going to get the full experience.

It’s a 1991 Macintosh Quadra that we’re talking about here, with the virtual machine emulating the OS running on a Motorola CPU, which is the one that Apple itself used on its computers before making the migration to PowerPC.

The app comes equipped with some of the apps that users loved the most nearly 30 years ago, including Internet Explorer and Netscape, although it goes without saying that neither would work to browse the web given the old technology that’s av… (read more)