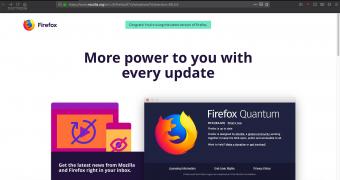 The Firefox 67 web browser arrived on May 21st, 2019, and promises to be the fastest Firefox release to date thanks to the numerous internal performance improvements implemented by Mozilla. Firefox 67 also comes with a built-in crypto miner and fingerprinter blocker, and a much-improved Private Browsing mode.

One of the coolest new features of the Firefox 67 web browser is the ability to finally run different builds of Firefox at the same time. As such, users can now install and run the Firefox stable, beta, and nightly versions all side by side, or install and use both the latest stable and the ESR (Extended Support Release) version simultaneously.