How Linux Kernel Updates Are Now Distributed on Windows Update 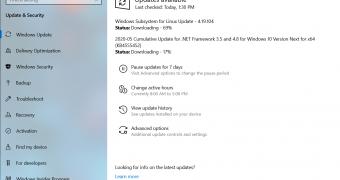 Microsoft has become fully committed to the world of Linux, so the recently-released Windows 10 version 2004, also known as May 2020 Update, come with welcome updates in this regard, including the second-generation Windows Subsystem for Linux.

WSL2 is based on the same approach as the original version and allows users to run Linux on top of Windows 10 but obviously introduces a series of refinements, including support for full Linux kernels in the installed distributions.

And one of the changes that are going live today is a new distribution model for Linux kernel updates.

Microsoft brings Linux kernel updates to Windows Update, which means that new versions can now be downloaded by simply checking for updates on Windows 10.