How Linux Can Replace Windows in China 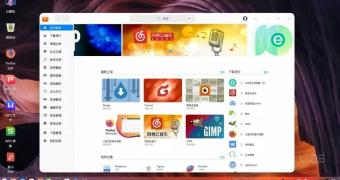 China’s plans to replace Windows and move to a homegrown operating system aren’t new, but this year, the whole thing could finally happen.

This is what Chinese-based Union Tech promises, as its Linux-based Unified Operating System, or UOS, has made a huge progress in the last couple of months.

More specifically, the Chinese firm has worked together with other local companies to run the Linux operating system on chips developed domestically. And according to a recent report, an important achievement was reached in January when UOS managed to boot in 30 seconds on this hardware.

UOS is an operating system based on Deepin, a Linux distribution that’s already rather popular in China. Union Tech’s general manager is none other than Liu Wenhan, the founder of Deepin who joined the company after Deepin Technology was taken over.