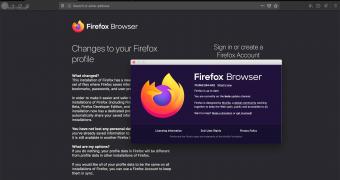 With the release of Firefox 71 to the stable channel, Mozilla already kicked off the development of the next major release of its open-source and cross-platform web browser, Firefox 72.

Firefox 72 is now available for public beta testing, which means that we can have an early look at its features and improvements. One of these will certainly please Linux and macOS users as Picture-in-Picture (PiP) support is finally coming to their platforms.

Picture-in-Picture support has just been added for Windows users in the Firefox 71 release announced earlier today, but with Firefox 72 it also comes to Linux and macOS users, allowing them to detach a video from its web page and watch it in a floating window while working in other tabs.