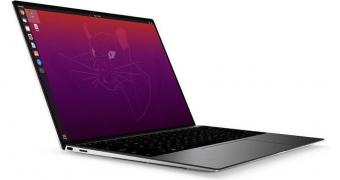 Dell has officially launched the XPS 13 Developer Edition with Ubuntu 20.04 LTS pre-installed, and customers in North America and select EMEA countries can buy it today.

Since it ships with Ubuntu, the new XPS is fully certified for this operating system, so everything is supposed to work just like you expected it straight out of the box.

This is the first computer that ships with the new Ubuntu 20.04 LTS that was announced in April this year, and Canonical says enterprises themselves are very likely to be interested in this device.

“Enterprises are increasingly equipping their developers and engineers with the operating system of their choice ensuring high end-user productivity. Ubuntu 20.04 LTS on the latest Dell XPS 13 Developer Edition offers the performance developers demand with the assurance of security and long term support that IT management needs,” said Martin Wimpress, Director of Desktop Engineering at Canonical.