How To Stop A DDOS Attack On Ubuntu 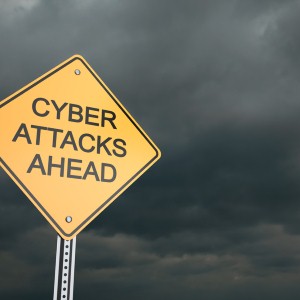 Hello everyone, how are you all doing today? I am doing great on this Friday night. It rained quite a bit here which was much needed. We haven’t had rain here in at least 3 months despite being, 2 month into the rain season. Right now I am listening to some music on YouTube as usual and on the other tab I am waiting to watch some NBA games, it’s the Cavaliers vs Pelicans, LeBron vs Anthony Davis. Good stuff lol, anyway please read on…

Today we highlight one of the most unfortunate events that happens to people and companies online. DDOS attacks. Anyone who has owned a web business, web site or deals with online servers for at least a few years probably has experienced some sort of DDOS attack on their servers, whether it be a Windows server or a Linux server, they both get targeted.

What Is A DDOS Attack?

DDOS (Distributed Denial Of Service) is an attempt to attack a host (victim) from multiple compromised machines from various networks. As a result, the targeted service running on the victim will get flooded with the connections from compromised networks and will not be able to handle it. This is accomplished by installing a virus or Trojan on vulnerable machines in a network which will be used to attack the victim system with connection floods.

DDOS attack involves 3 parties: attacker, helpers and victim. Here, attacker is the system which is the owner of the DDOS attack, but participates silently by making the helpers active participants. Attacker will find the vulnerable machines in a network and will install the virus/Trojan on it. Using these compromised machines/network, it will attack victim. Because of this coordinated behavior DDOS attack is also known as co-ordinated attack.

Why Do People DDOS Servers?

Tough question to answer because it has more than one answer. Some do it for fun, other do it to cause damage to a competitor/threat and others do it for other reasons that may never make sense to anyone but themselves. That’s just how it is. By the way countries DDOS each other literally 24/7, as we type Governments are trying to exploit each other’s servers, the likes of China and Russia are both involved in some sort of cyber proxy war with US and Europe. Nothing new there. Let us begin the tutorial on how to protect your server against DDOS attacks.

How To Stop DDOS Server Attacks

Symptoms of the Apache DDOS or DOS attack:

DDOS attack usually takes place with the help of vulnerable systems. So, it is always recommended to keep all of the server softwares and application up-to-date. Also, make sure that the system is protected with firewalls like APF or CSF. All the systems should be monitored for rootkits with the help of rkhunter, chkrootkit etc as we mentioned above. Also, you can implement sysctl protection by adding the following to /etc/sysctl.conf.