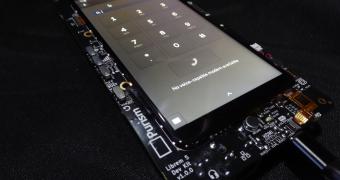 Purism announced today that it delayed its upcoming Librem 5 privacy and security-focused Linux smartphone for the third quarter of 2019.

Initially planned to ship in early 2019, the revolutionary Librem 5 mobile phone was delayed for April 2019, but now it suffered just one more delay due to the CPU choices the development team had to make to deliver a stable and reliable device that won’t heat up or discharge too quickly.

Purism had to choose between the i.MX8M Quad or the i.MX8M Mini processors for their Librem 5 Linux-powered smartphone, but after many trials and errors they decided to go with the i.MX8M Quad CPU as manufacturer NXP recently released a new software stack solving all previous power consumption and heating issues.

“This accounts for the time it took us to properly benchmark test the newest CPU choices from NXP for theLibrem 5, and the question of whether or not to choose the i.MX8M Quad or the i.MX8M Mini, mean we have adjusted our delivery plan… (read more)