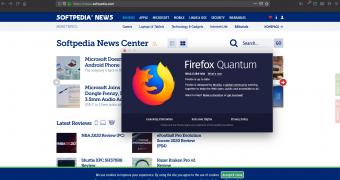 Mozilla released today the second minor update to the latest Firefox 69 web browser for all supported platforms, including GNU/Linux, macOS, and Microsoft Windows.

Mozilla Firefox 69.0.2 is a very small maintenance update that addresses three bugs, including a crash that would occur when changing the playback speed while watching a YouTube video, which affects only Linux systems, as well as a crash that may occur when editing files on Office 365 websites.

Additionally, Firefox 69.0.2 addresses an issue that could prevent the detection of the Windows 10 Parental Controls feature when it’s enabled. Of course, this issue only affects Windows 10 users. However, we recommend all users to update to Firefox 69.0.2 as soon as possible.

The Mozilla Firefox 69 web browser was released a month ago, on September 3rd, and it brings various new features and enhancements, among which we can mention the enablem… (read more)