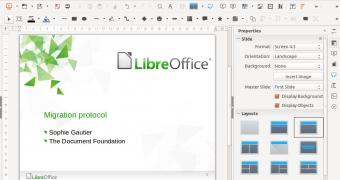 The Document Foundation was pleased to announce today that the Municipality of Tirana, the capital of Albania, has moved to Open Source software and the open standards by migrating to LibreOffice.

Being the capital city, Tirana is the most populous city in Albania, known for its colorful, post-Communist buildings and Soviet-era architecture. In an attempt to adopt the Open Source way to save more money, Tirana has recently attempted to implement various free and open source solutions for their public IT infrastructure, by migrating to projects like Nextcloud and LibreOffice.

“Ermir Puka, the head of the ICT Department, believes that despite the resistance to change and the other big challenges facing the migration, using free and open source software and platforms like LibreOffice – supporting open standards – will guide the IT infrastructure of the municipality in the best in… (read more)