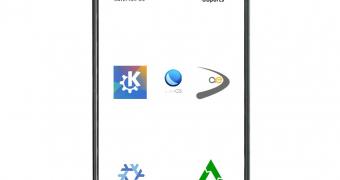 After being available only to developers interested in hacking the device, PINE64’s PinePhone open source Linux smartphone is now available for pre-order and anyone can get one.

Even though the road to bring us the PinePhone has been a bit bumpy for PINE64, mostly due to the issues encountered during the manufacturing process of the developer units, which turned out to become a good thing as the feedback received was very positive, the device is now ready for early adoption by the mass.

Called the “Brave Heart” edition, this is the first batch of PinePhone units that will be delivered into the hands of regular people like you and me. And they’re not an incomplete or rushed product as PINE64 did numerous in-house testing on the developer units and fixed all known and major bugs.

“We have carried out extensive in-house testing of prototypes and sent prototype phones to a number of key developers from partner projects,” said PINE64. “We have addressed all known issue… (read more)