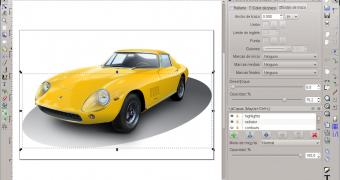 After being in development for the last 15 years, the Inkscape open-source and free vector graphics editor is finally reaching the 1.0 milestone, proving its maturity with new and exciting features and improvements.

Inkscape is quality SVG editor that runs on Linux, Mac, and Windows systems and can be used to create or edit vector graphics like logos, diagrams, illustrations, charts, and anything else in between. Inkscape 1.0 is a major release that all fans of the open source software have expected for so long, and it finally brings long-anticipated features and improvements.

Highlights of Inkscape 1.0 include an updated user interface that offers better support for 4K/HiDPI screens and theming support, the ability to rotate and mirror canvases, new options for exporting to the PNG image format, variable fonts (requires pango 1.41.1 or higher), as well as much faster path operations and deselection of a large amounts of paths.

“The user interface has been changed… (read more)