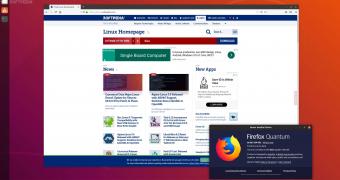 With the Firefox 55 release out the door, Mozilla will now focus their efforts on improving the open-source and cross-platform web browser for the next major release, Firefox 66, due in mid-March.

Just like with almost all new Firefox releases, Mozilla will try to improve the stability and performance of its popular web browser by implementing new features and options. This is the case of Firefox 66, which is now open for development and promises several changes to make your browsing experience better and more enjoyable.

The good news for Linux users is that Firefox 66 will ship with the title bar hidden by default to match the human interface guidelines (HIG) of the GNOME desktop environment, which is used by default in the popular Ubuntu operating system, as well as numerous other GNU/Linux distributions. Check the screenshots be… (read more)