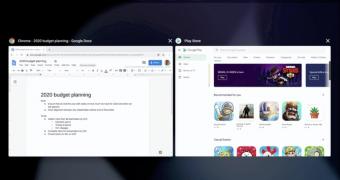 The wait is over, Google’s latest Chrome OS 78 Linux-based operating system is now rolling out to supported Chromebook devices with a ton of new features and enhancements.

Google has released today the Chrome OS 78 operating system for Chromebooks, a release that will arrive to users over the next several days and which brings several exciting new features, such as the Virtual Desks functionality we reported the other day, allowing Chromebook users to be more productive.

“You can now create up to 4 separate work spaces. Virtual Desks are for focusing on a single project or for quickly switching between multiple sets of windows. Create your first desk by opening Overview and tapping New Desk,” said Google in the release notes.