Ubuntu 20.04 LTS to Feature a Refreshed Desktop Theme, Here's What It Looks Like 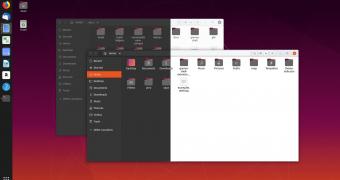 The upcoming Ubuntu 20.04 LTS operating system will be shipping with a refreshed default desktop theme that features a new color scheme and a third variation.

Yaru is the default theme of Ubuntu since the release of Ubuntu 18.10 (Cosmic Cuttlefish), and it continued to receive improvements and optimizations since then. With the upcoming Ubuntu 20.04 LTS (Focal Fossa) release, the Yaru team is working with Canonical’s Design and Ubuntu Desktop teams to further improve its look and feel.

The main changes that users will notice after installing or upgrading to Ubuntu 20.04 LTS will be a third variation of the Yaru theme called Yaru Light alongside Yaru Dark and Standard, the ability to switch between all Yaru variations from Settings, as well as the fact that the check boxes, switches, and radio buttons will change from green to the Ubuntu aubergine color.

“With Ubuntu 20.04 LTS, we plan to go one step further. As well as the dark variation, and the standard version … (read more)