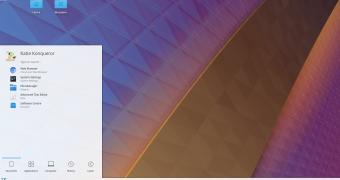 The KDE Project announced the release and general availability of the ninth maintenance update to the long-term supported KDE Plasma 5.12 desktop environment series.

Released more than one and a half years ago, the KDE Plasma 5.12 series is currently the latest LTS (Long Term Support) version of the acclaimed desktop environment for Linux-based operating systems. KDE Plasma 5.12.9 LTS is here six months after the KDE Plasma 5.12.8 LTS release as yet another maintenance update that addresses a total of 24 issues and updates translations.

“Today KDE releases a bugfix update to KDE Plasma 5, versioned 5.12.9. Plasma 5.12 was released in February 2018 with many feature refinements and new modules to complete the desktop experience. This release adds six months’ worth of new translations and fixes from KDE’s contributors. The bugfixes are typically small but important,” reads the release announcement.