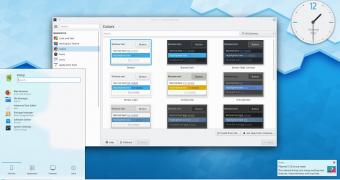 Coming just one week after the first point release, the KDE Plasma 5.16.2 maintenance update is here to add yet another layer of bug fixes with the ultimate goal to make the KDE Plasma 5.16 desktop environment more stable and reliable for users. In particular, this second point release introduces a total of 34 changes across various core components and apps.

“Today KDE releases a bugfix update to KDE Plasma 5, versioned 5.16.2. Plasma 5.16 was released in June with many feature refinements and new modules to complete the desktop experience. This release adds a week’s worth of new transla… (read more)