ExLight Linux Distro Is Now Based on Debian Buster, Powered by Linux Kernel 5.4 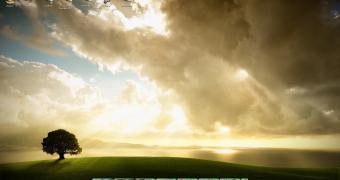 GNU/Linux developer Arne Exton released today a new version of his ExLight GNU/Linux distribution, which features the lightweight Enlightenment desktop environment and a new Debian base.

ExLight Build 191120 is now available for download and it’s Arne Exton’s second GNU/Linux distribution to ship with the latest Linux 5.4 kernel series, which will officially be announced by Linus Torvalds at the end of the week, on November 24th. For now, ExLight Build 191120 ships with Linux kernel 5.4 RC8.

While previous versions of ExLight were based on Ubuntu, starting with Build 191120, the entire distribution is now based on the latest Debian GNU/Linux 10 “Buster” operating system series, featuring the Enlightenment 0.22.4-2 desktop environment and the Calamares 3.2.4-3 graphical installer.